This blogpost covers the fifth day of the Avni conference which includes the participation of various NGOs who have been using Avni in their programs.

Amidst gushing waves, vast blue sky we had this mesmerizing stay at Varca Le Palms beach resort, Goa. No other location could have been better to have our Avni 2023 Conference. 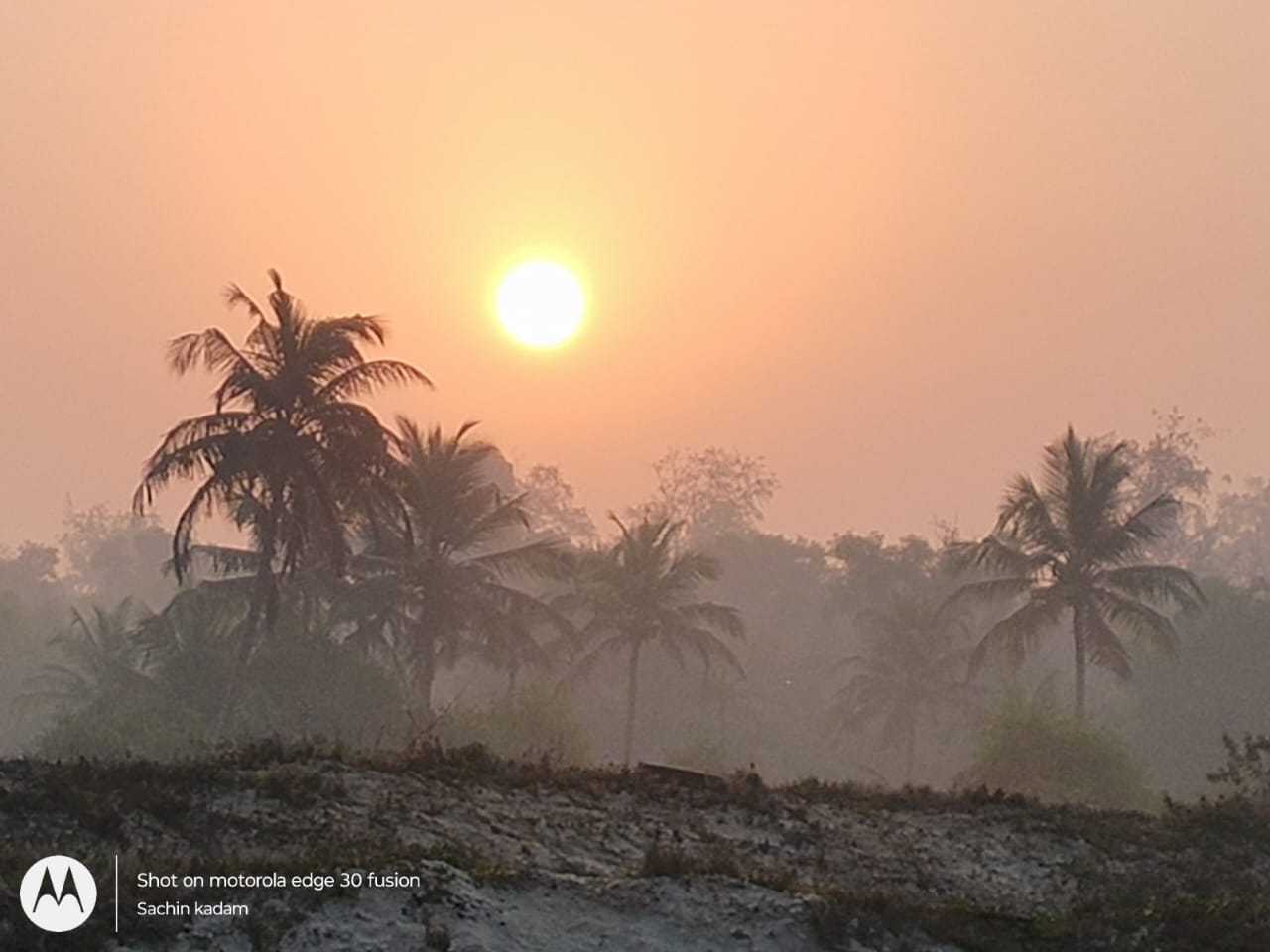 Since it was the last day of the conference, this was our last chance to get drenched in the sea, so we all decided to go into the sea that morning and we enjoyed being there together a lot! 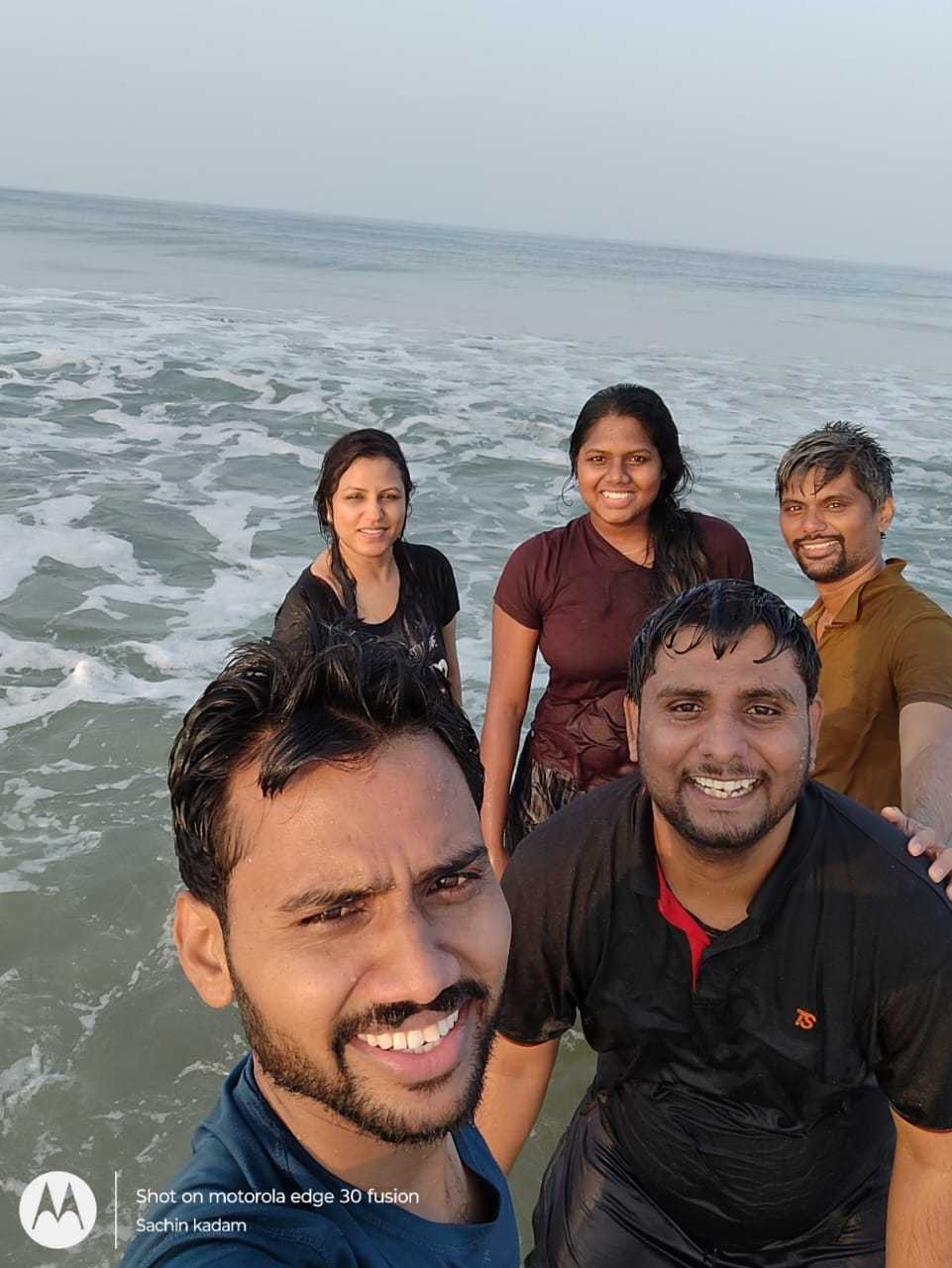 Avni team members and its NGO Partners were the conference attendees. Around 12 NGO partners were invited to this two day conference. By the second day of the conference we all had enough interactions amongst each other and developed a feeling of being part of a social ecosystem where Avni was the connecting element. 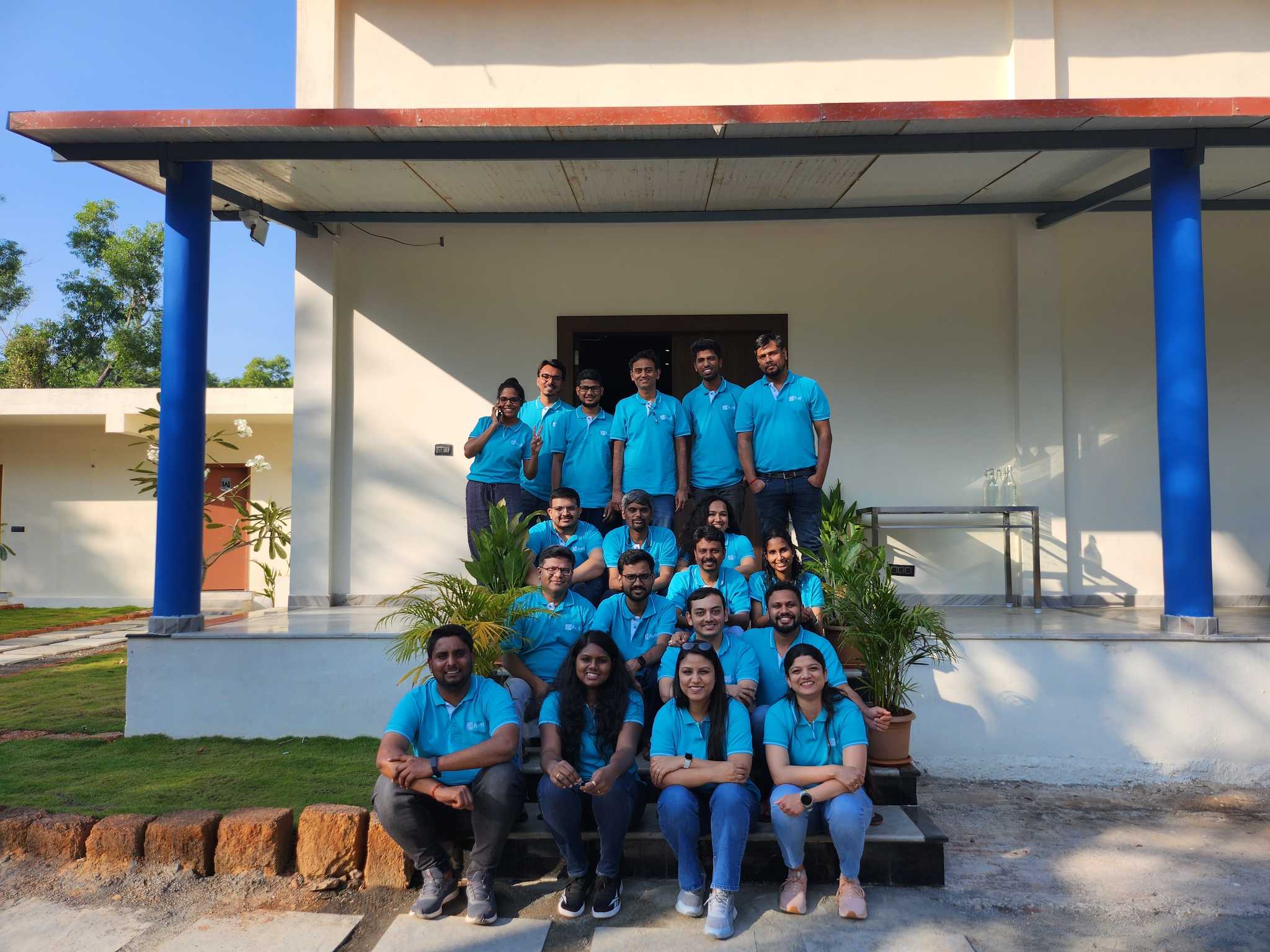 We all started the session by singing - “Itni Shakti Hamein Dena Data…”, a prayer.

The key agenda that everyone was looking forward to on the second day of the conference was Data session - How different organizations retrieve data from Avni and its Roadmap for 2023. Being part of the team made me feel that ultimately, sharing the roadmap and reviewing it together strengthened the relationship between Avni team and the NGO partners by providing them a means to understand, collaboratively shape and plan future solutions. 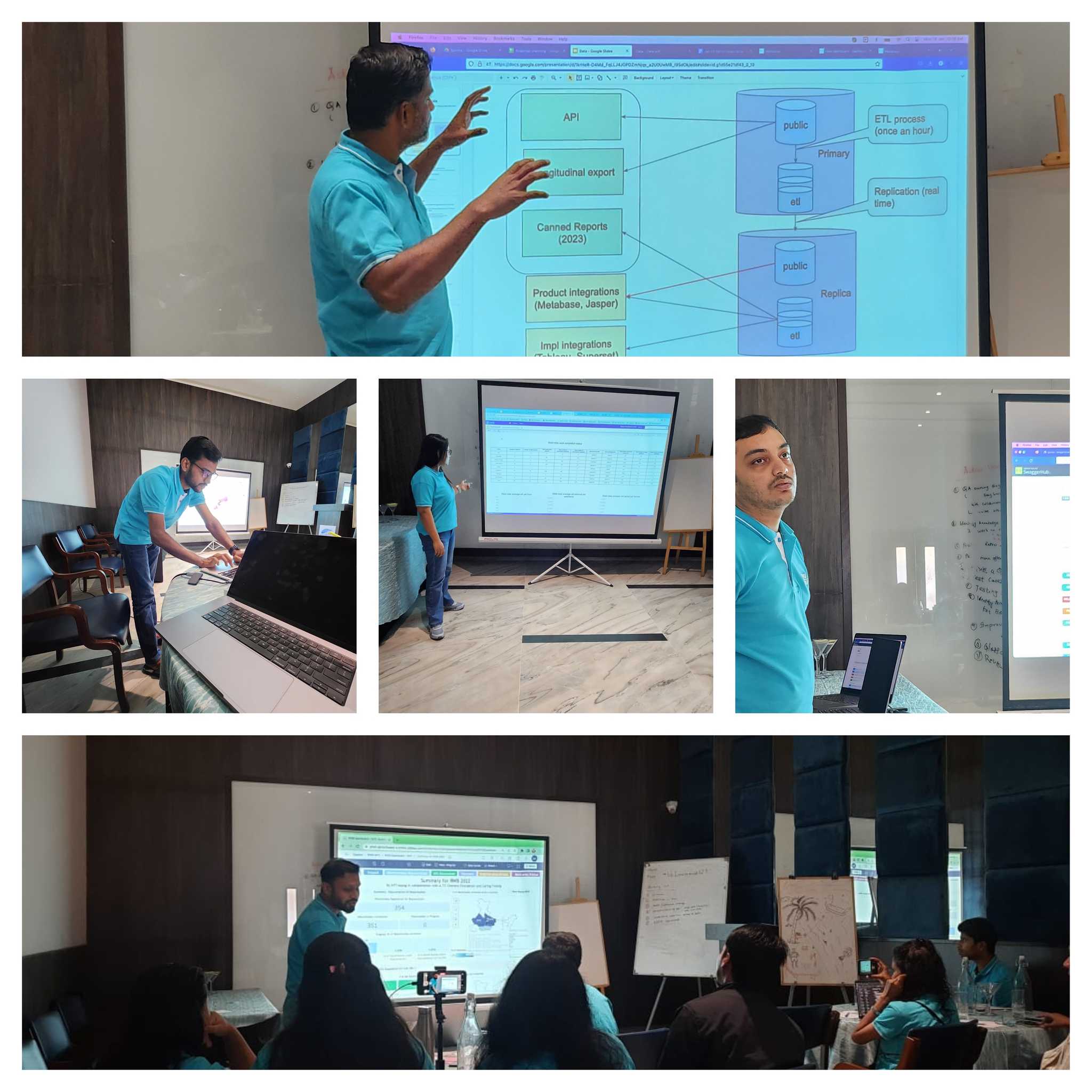 Vinay gave a broader perspective of how data moves within Avni and how its being fetched and made available to different organizations. He also covered the longitudinal exports, canned reports and in-built analyzing capacity of Metabase. Himesh gave an insight into how based upon needs we have developed various integrations to other systems from Avni. He used a few API requests and responses to demo this. I demoed the Jasper reports and its few features. And Sachin demoed the Superset reports developed for LFE, and highlighted the benefits of using Superset. Also, Arjun bhaiya presented the Tableau dashboard that was created for RWB Niti last year, he also specified the pros and cons of using Tableau. 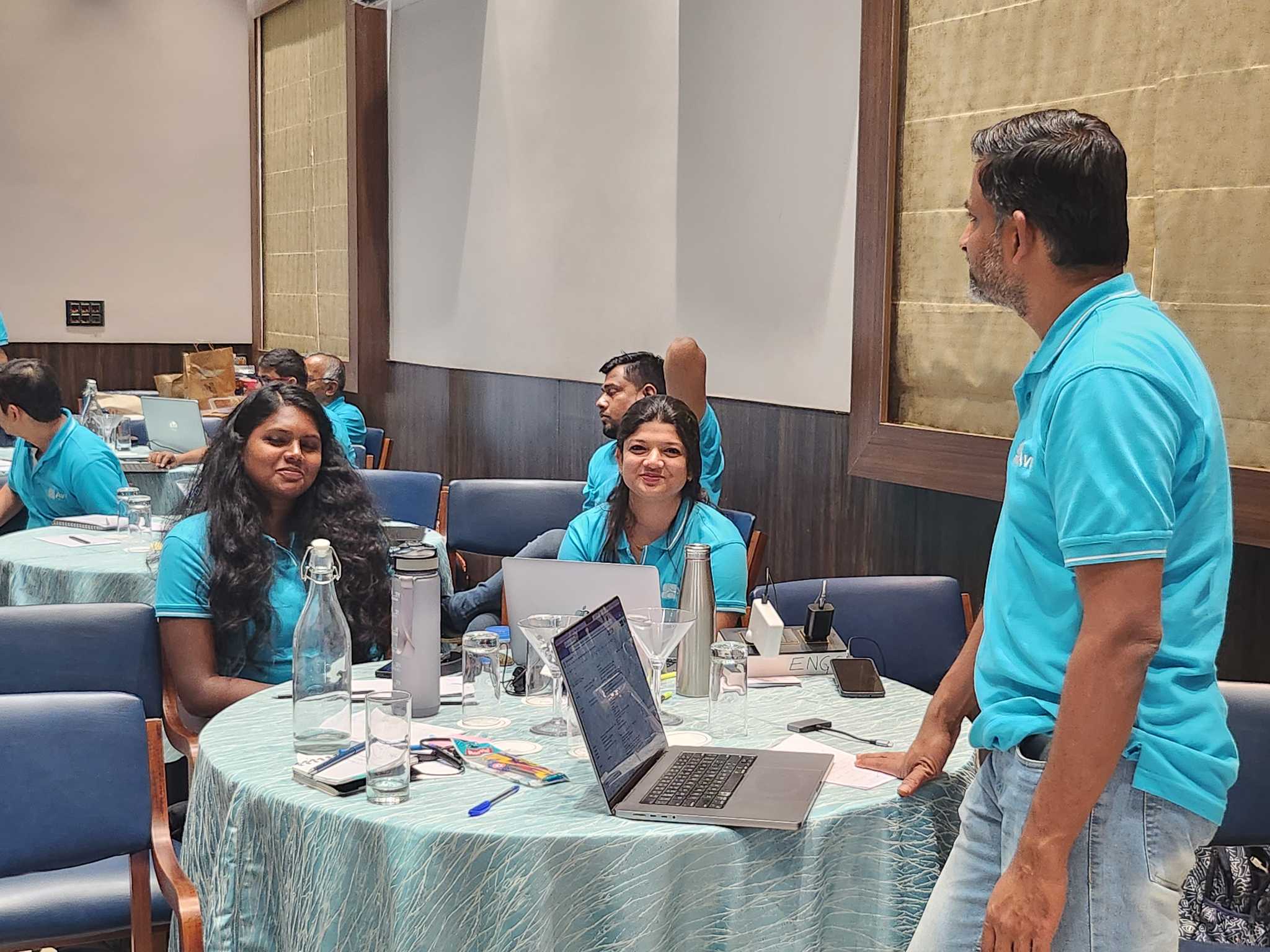 The road map for 2023 included various aspects such as capability, robustness, ease of use and team efficiency. There are few major features that most of the NGO partners are looking forward to such as - access control in Data entry app, AWS dependency removal, improving reports performance, admin UI for updating/uploading location properties and drugs and so on..

The remaining day was filled with NGO talks from Lend A Hand India (LAHI),Piramal Foundation, Shelter Associates and Azim Premji Foundation (APF) who couldn’t do it on the first day. These NGO talks gave us a broader context on the work that each of this organization is doing or planning along with how Avni is getting used and the impact of it. We missed a talk from Save the Children, Assam Tea plantation as Sharmishta had some urgent calls to attend. I would have personally loved to hear from her as I have been working on this and had visited them during the start of the year itself. 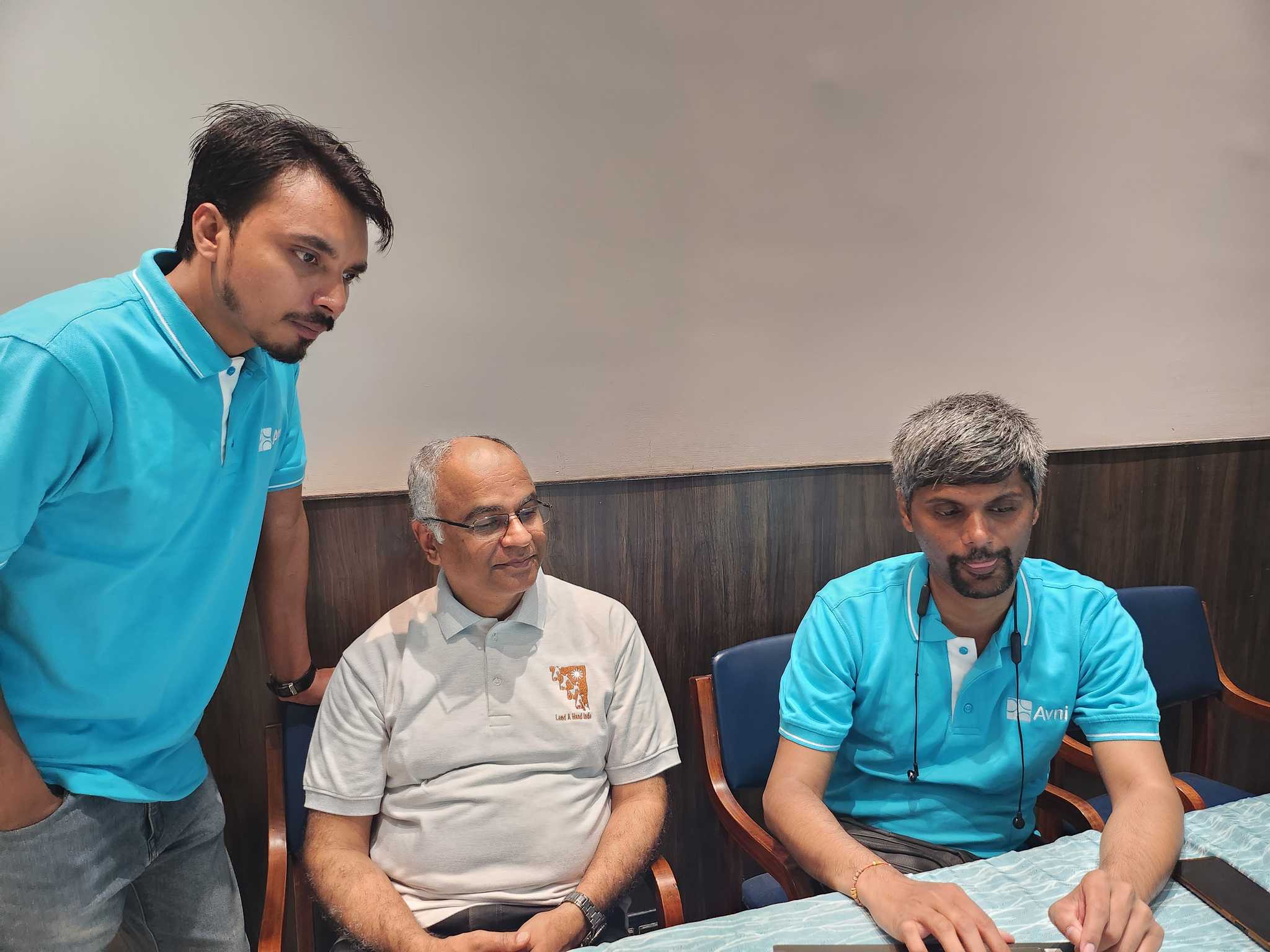 LAHI team explained how it is working towards vocational training for 11th/12th class students.They briefed on their process of getting students to have internships/on job training. To track the complete lifecycle of the training LAHI is currently using two software solutions Lighthouse and Avni. Avni is majorly used to track the enrolment of students into various programs and the subsequent follow ups under the same. Their 98% of work happens with government schools and currently have around 10k trainers. They plan to scale the project to impact 1 million students in next 5 years. 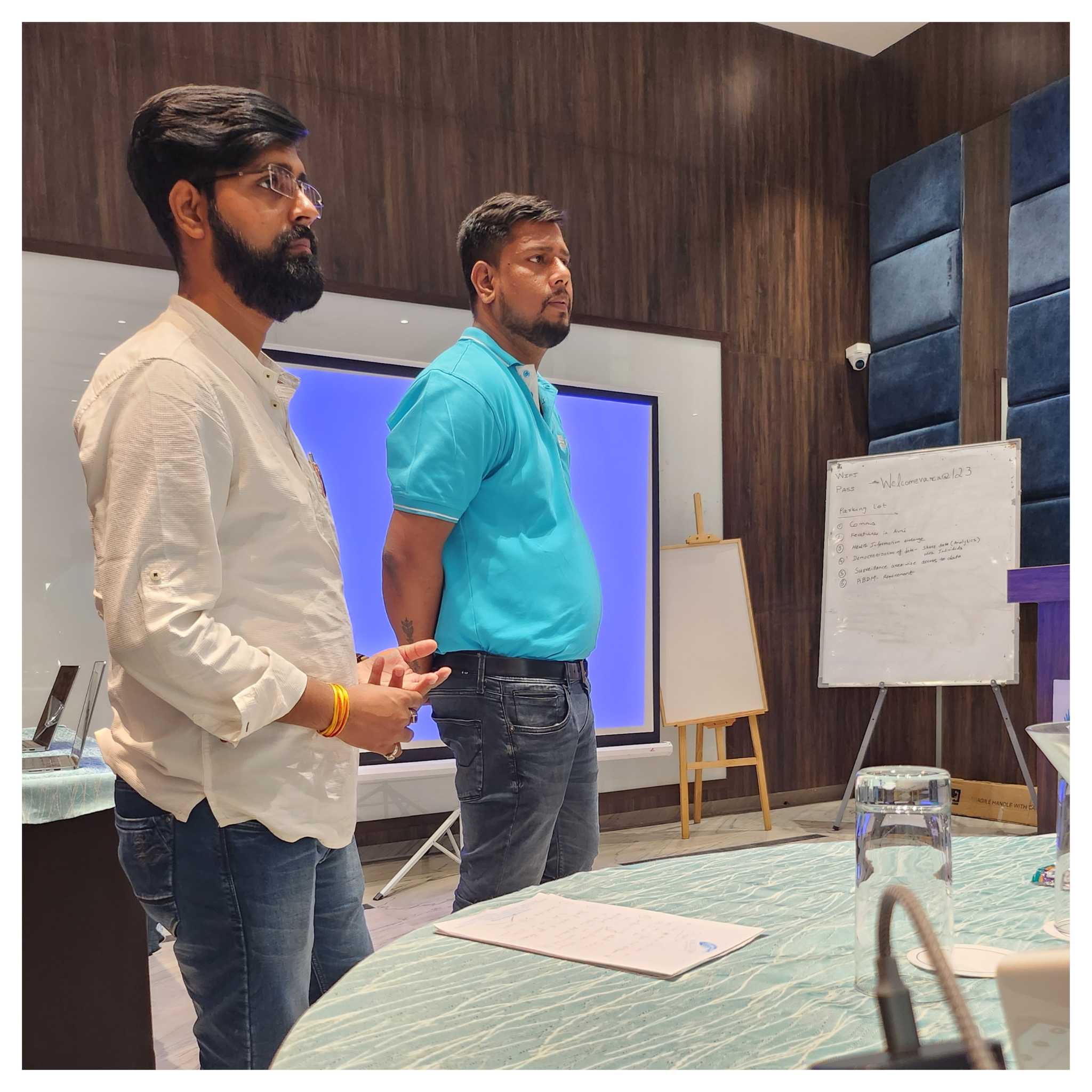 Rupesh and Sujit shared how Piramal Foundation aims at strengthening systems through leadership development and digitization, and engaging youth in nation-building efforts, they aim to create lasting change in India. They explained how under SAKHI they aim to digitally empower ASHA workers, provide continuous health support to beneficiaries and use the data collected from ground to make better health decisions. SAKHI app is built using Avni and there are few major changes in appl that they are looking forward to. 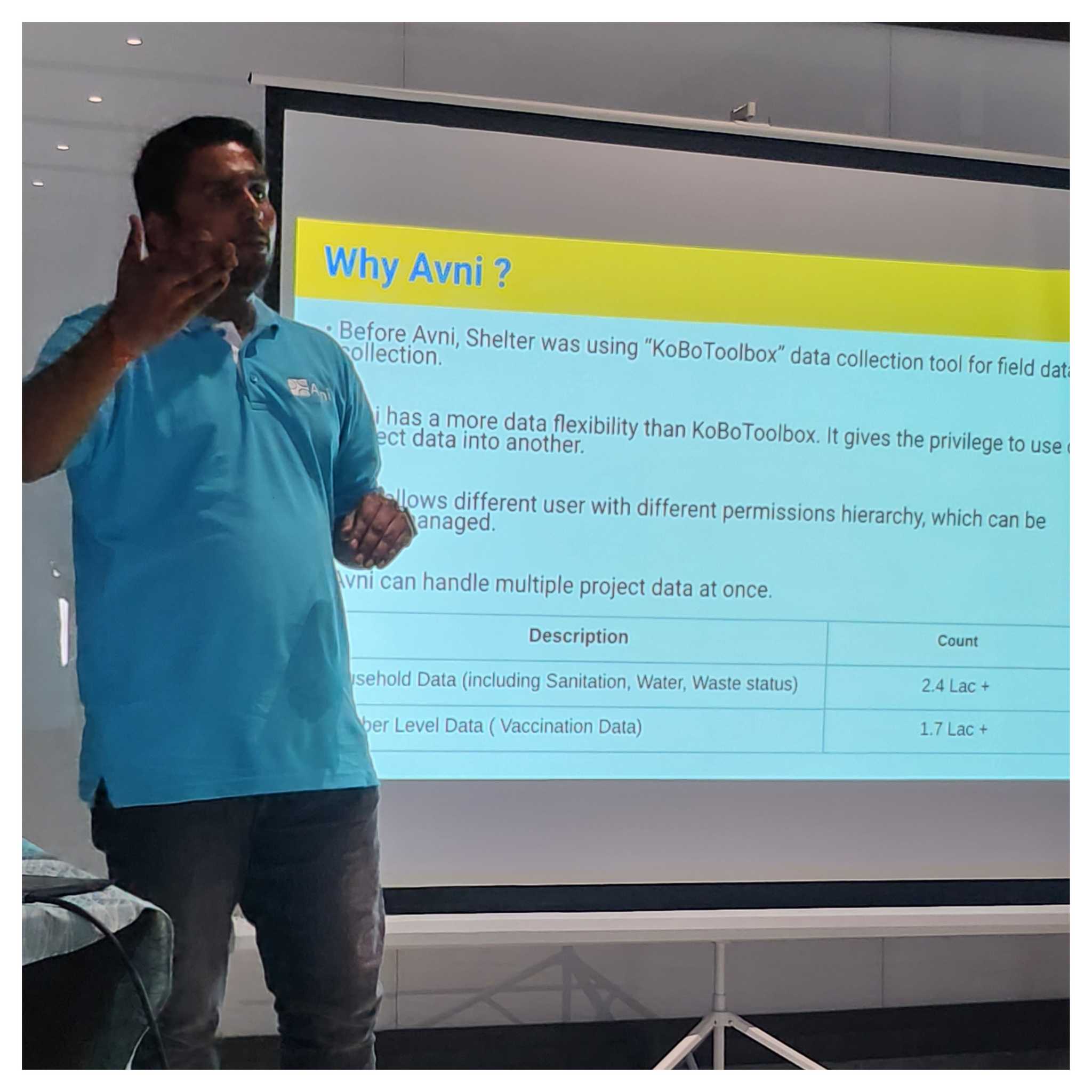 Kuldeep explained why Avni was used in their Sanitation program in Urban slums. Shelter Associates is one of the organizations who has self-serviced Avni. They have configured the complete app and the dashboards by themselves and manage any new changes on their own. 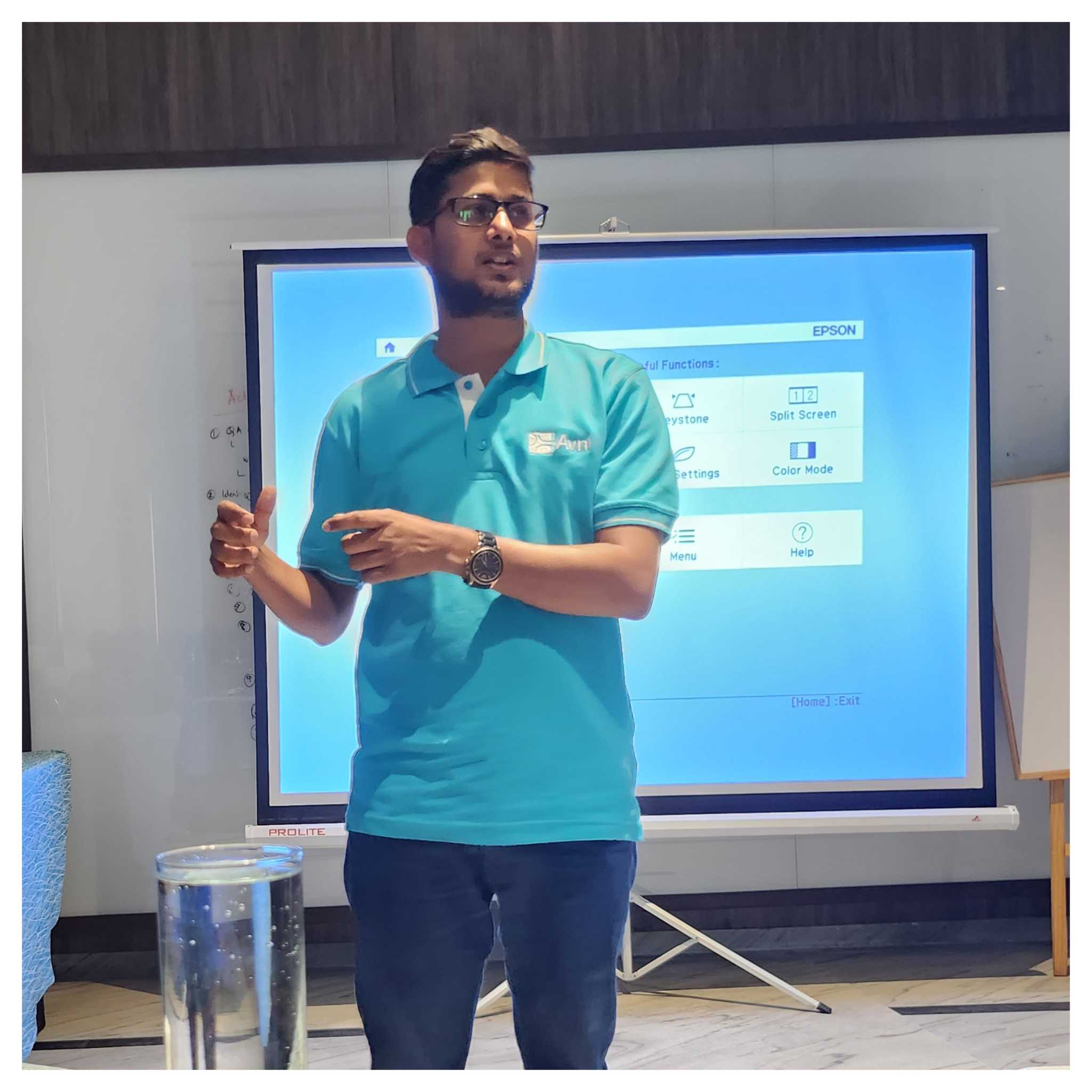 Jagadisha gave a brief about their program using Avni which is running in 5 blocks in the state Odisha. He set the overall project context as how this program aims at working towards eradicating malnutrition in accordance with the Odisha government. APF was rolled out within 2 months of duration and has multiple feature requests and changes from the ground.

Talks from Project Tech4Dev and Glific

The Tech4dev team had their sprint starting from the 16th, so we got a chance to listen to a one hour session driven by their different team members.It was quite informative and it helped the Avni family to understand the complete picture of how and what all The Project Tech4dev do. 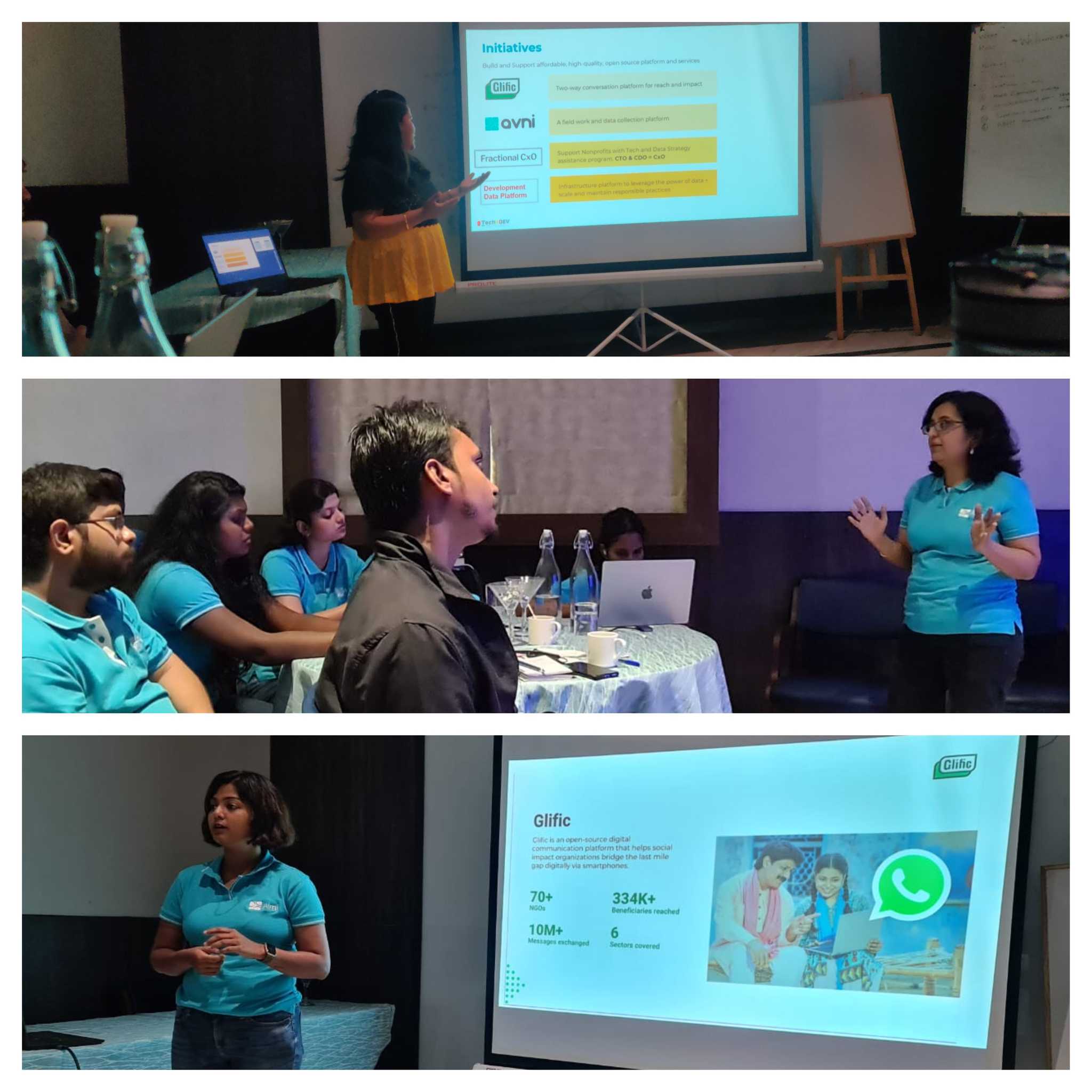 Piyali and Sneha described how under the Tech4Dev Project they aim at building the Open-Source Technology & Data Ecosystem for the Social Sector globally. Sneha gave a brief presentation about their two-way conversation platform for social impact which enables nonprofits to interact with their beneficiaries at scale to deliver their programs with a last mile reach at reasonable cost. She also highlighted key features of Glific - Easy to launch and scale, No code platform and have a strong documentation for the same. Glific is one of the software partners in the Tech4Dev project as it works for non-profit organizations. The picture shows some statistics of the same. This was followed by a demo from Mahalakshme on the Avni Glific integration that Avni has been working on. Many of NGO partners found to be very interesting and had queries especially came on the consent part. Sanjeev and Siddhant from the project Tech4Dev team gave us insight on Development Data Platform initiative where they have been working on building a system that allows NGO to offload their data management. Under this they provide analysis dashboard and visualizations.Also, they would be piloting this before end of year in partnership with IDInsight and The Agency Fund.

Apart from the serious sessions and talks, one interesting game that we played to start the post lunch session where everybody was supposed to repeat the line with their own fears - Wave se darr nhi lagta, ___ se lagta hai!! One of them was -

We had such icebreakers and fun games within these two days which made everyone comfortable and interactive during the whole conference and helped us get to know each other better!

Conference comes to closure with Retro

We concluded the Avni conference with a round of retro from all the participants.The retro points which came during this were jolly, optimistic and emotional ones too.. Few major retro points that came were - It was good to know how other NGOs or organizations have been using Avni and its impact, got to know difference between a feature and configuration change, came to know various tech features - reports, integrations and data, got a feeling that we all are part of a social ecosystem, nice that we had a roadmap discussion and many more. 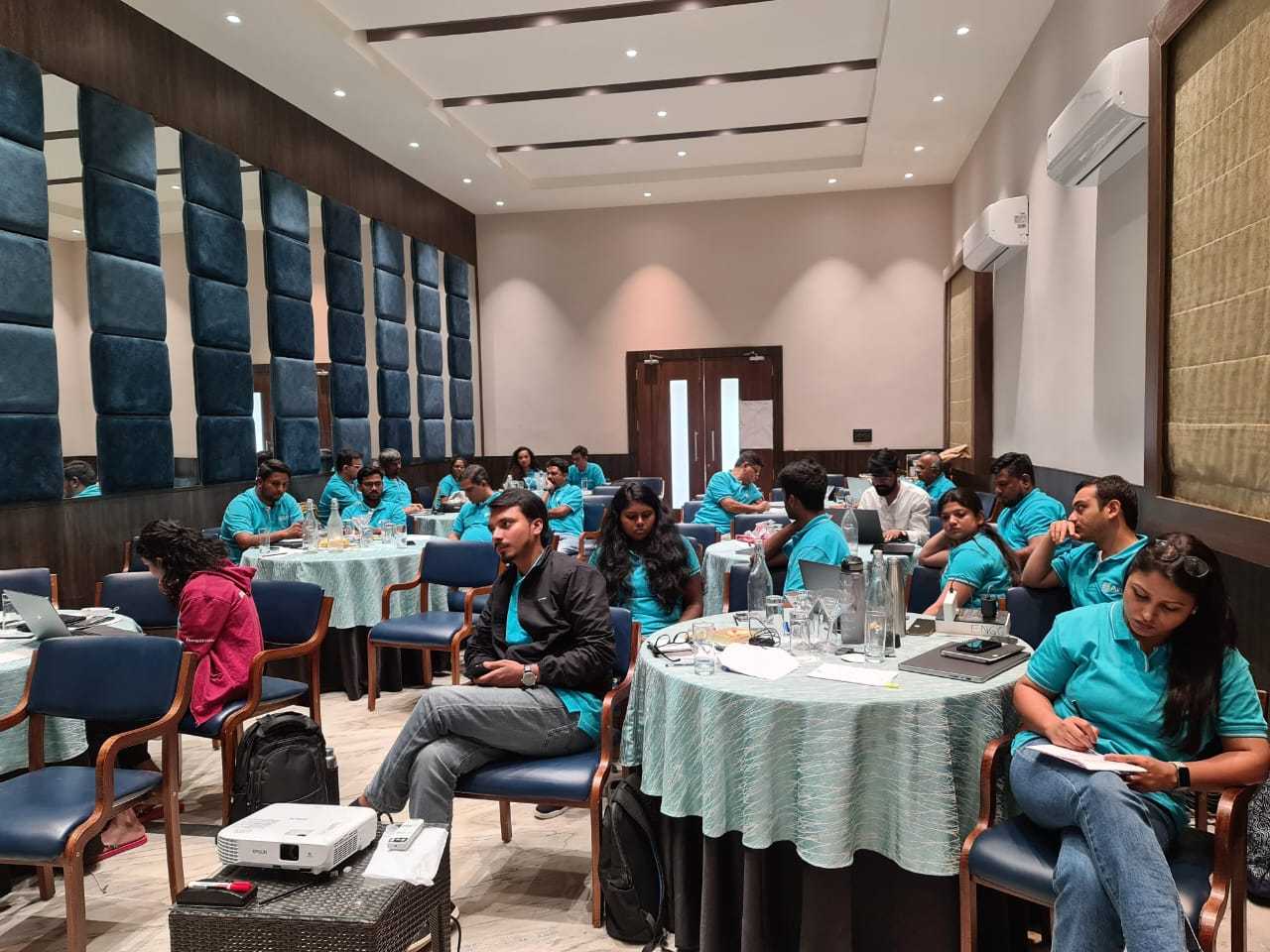 And finally some fun in Goa..

One most exciting part of the day for the Avni team was these blue T-shirts with Avni logo embroidered on it! 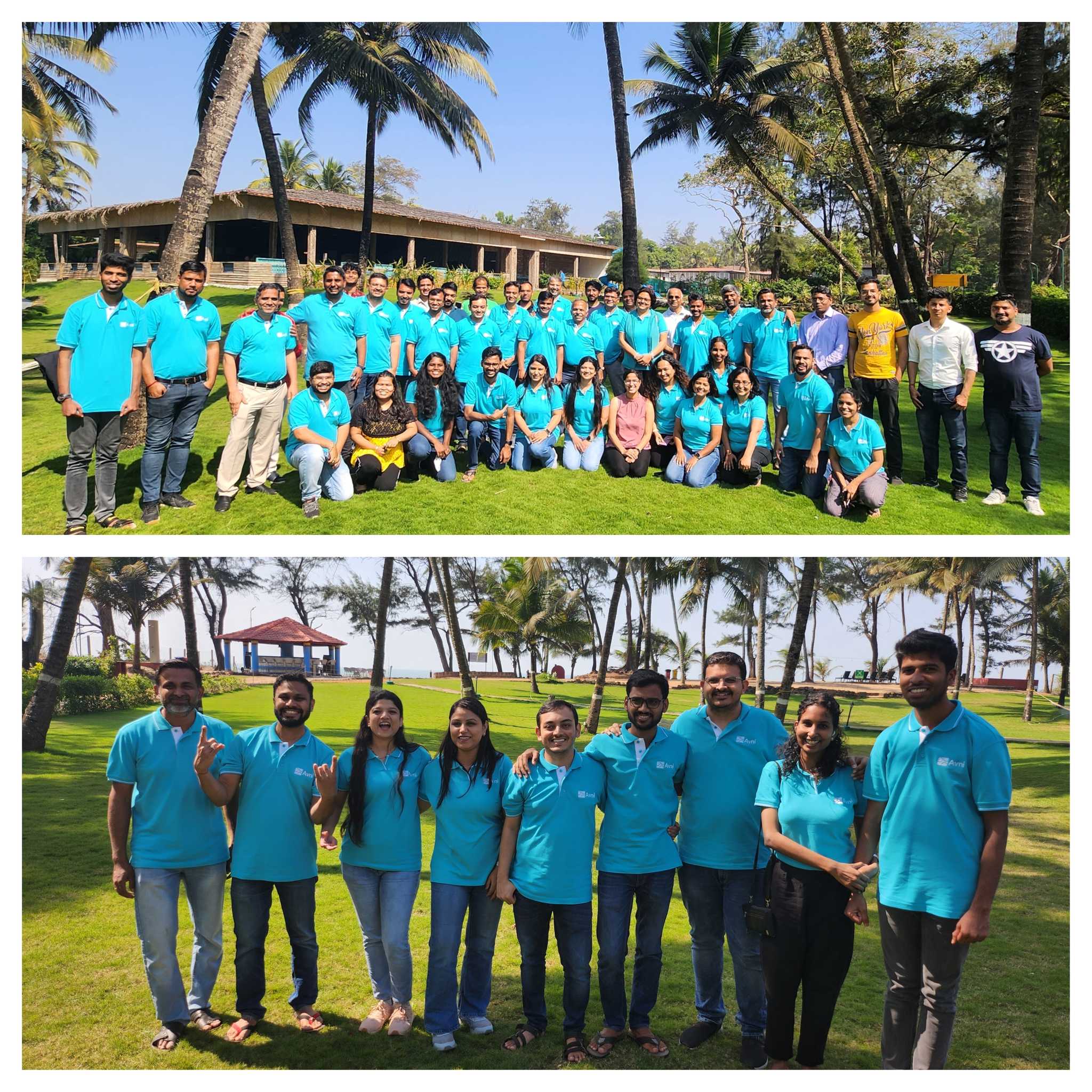 Last but not the least, by the evening the complete Avni team was on its toes to rock and we all headed to Colva beach. At one of the shacks we spent an extremely wonderful time which we are still cherishing. 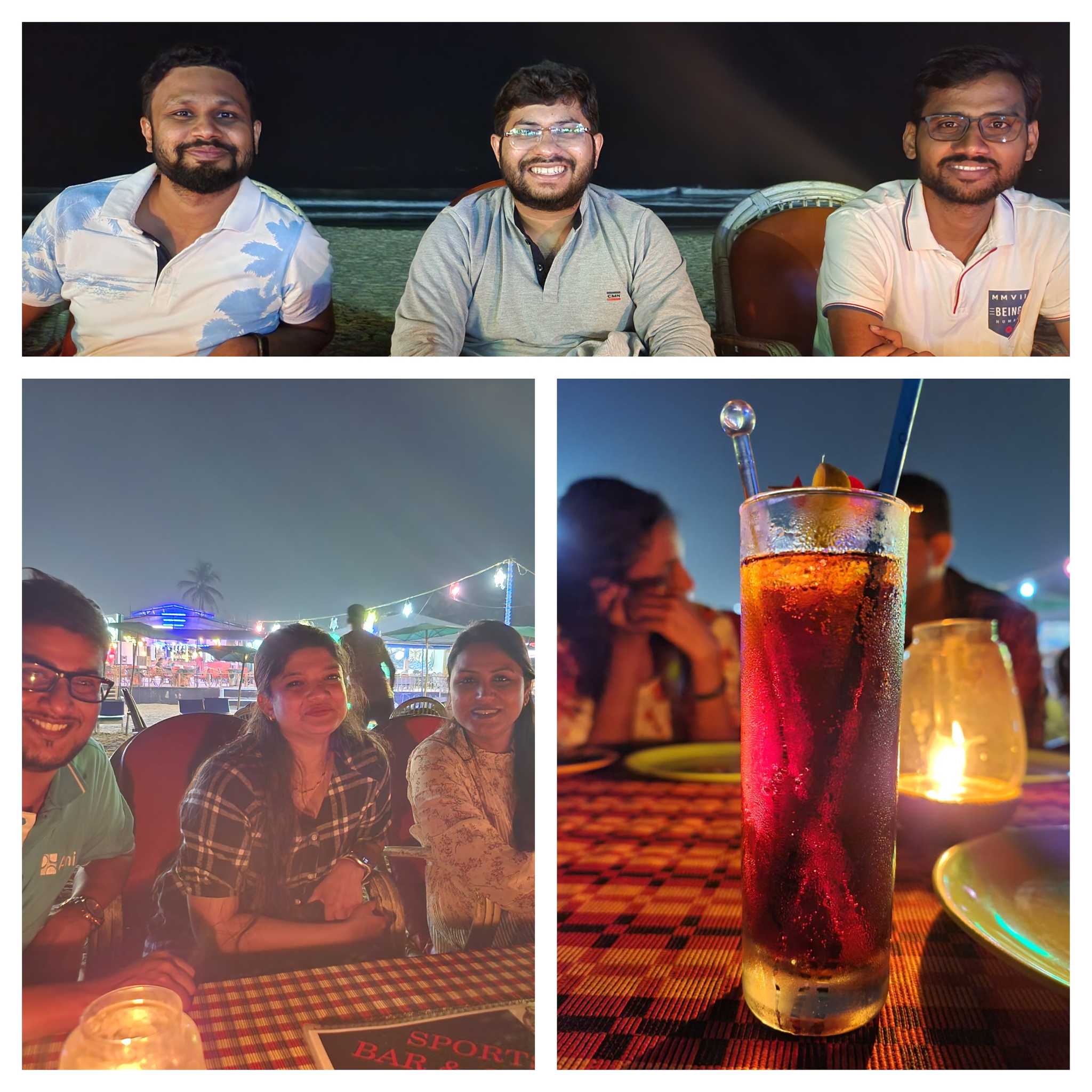